“That will be fine,” I nodded and handed him the money.

The agent lowered his head, typed out the ticket, and then handed it to me.

Then the agents said, “Štoje nju ime?” (what’s her name.)

I spelled Susan for him. Once again he lowered his head, typed out her ticket, and then handed it to me. With that, we had our tickets for the beginning of our return trip home.

As I turned to show the tickets to Susan, she said excitedly, “Do you realize what just happened?”

I thought about the money, date and time of the flight, and wondered if I had done something in error.

“What happened?” I asked her.

“This is the first time in the thirty years we’ve been together that I heard you use your full name in Serbian.

“Then, the ticket agent didn’t even ask” and that’s when Susan really got giggly, “‘Which is the first and which is the last name? What kind of name is that? How do you spell that? Where did you get that name?’ You just said your name once. He asked no questions, gave no side comments, and made no mistakes. Instead he asked how to spell Susan. Ha!

“I love it!” she concluded.

Research in social-psychology tells us that our names are the most significant identifiers, the greatest personal labels we wear throughout life. Others may mislabel, politicize, or in other ways mess around with our age, ethnicity, religion, political persuasion, or even gender. But let someone mispronounce our name, and we really show our sensitivity. We treat it as a spit in the face. Heaven forbid somebody calls us by a name other than our actually one—well, we just won’t answer, even when it happens within the family.

Every person, no matter what their name is, has loads of stories about their name.

How did you get your name? What was the thinking behind it?

What do you really like to be called? Why?

How have people misused your name?

Who was the first person you met that had the same first name you have? How did you interact with him or her?

Do you have a nickname? What is it? What’s the story behind that one?

I have over fifty nicknames, or should I say, people have made fun of my name in over fifty different ways.

Sure there a lots of ways to make fun of my name. The most frustrating part is that there has been no new way for many years.

Whenever I meet someone for the first time, it’s pretty much the same scenario.

Right away, I can see the surprise and quandary in their eyes. They’re thinking of one of the “funny” adaptations—usually roto rooter, or, since moving out west, rodeo. They’re dying to say it—you can see it in their eyes—but are polite, most of the time.

Therefore, I hear, “My, that’s an interesting name.”

So, whenever I’m required to introduce myself, my interesting name forces me to stick to the same interesting script.

“Yes, I do have an interesting name. Yes, it dose sound like roto rooter, but it’s spelled with “d” like rhododendron.”

Yep, when it comes to a name like Rodoljub Šofranac, I could write lots of stories about it. Since I’ve been called so many different names, I have at least that many stories I could write about those names.

Let’s see, I could write about why I was named Rodoljub. Or, why I shortened it to Rodo. Or, when I tried to change it to Ron. Or, the four years I was officially called Rudi. Or, the three years I team-taught with Rhoda. Or, the two times Johnny Carson and Ed McMahon made millions laugh, at my name’s expense. Or, the first time I discovered Rodo spelled backwards is odor. Or, when my sister, with the beautiful name of Maria, introduced me to her friends at her workplace, Roto Rooter. Or, why my wife wouldn’t let me name either of the boys Rodoljub—wait, that’s one of her stories. Or, all the nicknames I’ve had. Or, how I still get nervous and hate introducing myself. Or, the introductory occasions I’ve said “That is my first name.”

Let me start with the story that’s the easiest or most difficult, humorous or most painful, depending on the mood I’m in.

I was about ten years old when a friend of mine talked me into joining the Boys’ Club. We had been in the U.S. two years by then, and like most all of my ventures around this time, I pursued becoming a member without input from my mom and dad.

“Just think about how you’re going to pay for it,” my mother would remind me.

My father’s constant caution was, “I can’t make decisions for you. If I did, and things went wrong, then you’d end up blaming me then.”

Membership was free, and how many decisions could go wrong at the Boys’ Club? So, my friend and I went off to join.

“Ok, boys,” the desk attendant said. “I’ll sign you up. You’ll have a membership card. All you need to do is show this card every time you come, and then you may go right in and have a great time.”

The attendant started signing up my friend first, and the first question was “What’s your name.”

My wild anticipation in joining the Boy’s Club evaporated faster than an Arizona raindrop in July.

Oral mockery of Rodoljub was humiliating. By then, though, I learned to handle short term humiliation. Writing my name on a card and showing it each time will make the humiliation ongoing and forever. So much for having all that fun at the Boy’s Club.

My choices were either to not join the Club, or change my name.

It was my turn to get singed up.

“What’s your name?” the attendant asked.

I could have been asked the same question by an interrogation squad to feel the same panic attack. So, with as much courage as a flustered, ten-year-old, funny-named, immigrant could muster, I started to spell it out.

“R-O what?” the attendant asked.

That quickly I became Ron Sofranac. That quickly I chose to change my name. Heck, that’s what my father wanted me to do, make my own decisions.

When he completed it, the attendant handed me my membership card. There it was, in black and white—actually blue and white—my new name, Ron.

I felt relief and entanglement, renewal and regression, liberation and separation; those damn conflicts, paradoxes, and ironies that seem to ensnare every aspect of my life. But, being ten years old, I went into the Club to have some fun.

When I got home, I proudly showed my new membership card to my sister and mother.

My sister looked at the card and said, “Who’s Ron Sofranac?”

“That’s the name I used to join the Club. I’m going to use it from now on,” I proclaimed we new found daring.

“I don’t think Papa’s going to be happy about that,” she responded.

“Well, I don’t care. I’m tired of that stupid name of mine. You have such a nice name, Maria. I have this stupid name Rodoljub,” I lamented. “People sing your name and laugh at mine. From now on, I’m Ron.”

When my mother came home, she didn’t need to look at the card to verify my membership. She just needed to verify that it didn’t require any expenditure of money to join. I assured her it didn’t.

The real costs weren’t realized until my father saw the card. 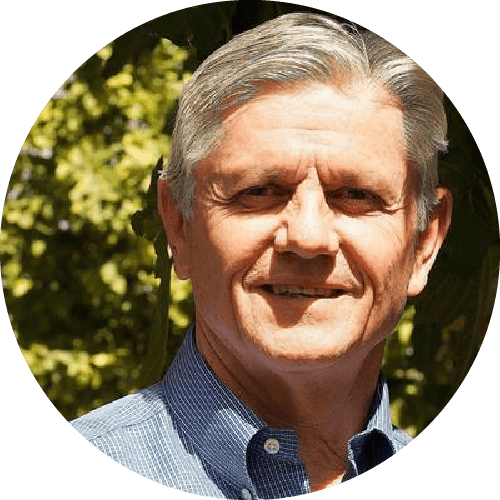